In this article, We're talking about Solo Rush. 'Solo Rush' is the One of the Best PUBG Player in India. This means He is the fastest Indian PUBG Player. His Age is 18 years old. Solo Rush lives in India. He thinks as 'by play PUBG, we can improve our Skills, So Play PUBG for Skill Improvement, not for KD or Tier', and it's also mentioned in his YouTube Channel.
On the 'Solo Rush' YouTube Channel, he has 400K Subscribers. He uses iPhone 11 to Play PUBG. He uses for Controls, 5 Fingers Claw or Handcam with Gyroscope Always On. How to prove it Pro...? Solo Rush reached in the Top 20 Solo Wins India in Season 9. That Season, he played 700+ Matches with a 5+ KD Ratio in the Server- Asia. He plays in his Device with Smooth with Extreme FPS in iPhone 11.

'Solo Rush' Clan name is 'Inhuman Skills' in PUBG Mobile. An Interesting fact is that He is the leader of his Own Clan name 'Inhuman Skills'. 'Inhuman Clan' is on the level of Max (10 Lvl). He uses of VideoLeap App for Recording, which is only available on iOS & it's free of cost or trial.

Solo Rush is a real legend PUBG mobile player, this player has made a lot of life in his life and today this PUBG pro legend player has managed to reach the point where the rain of subscriptions on his YouTube channel is constantly increasing. He is a big fan and Solo Rush brother once came to my random teammate to play my PUBG match, so I was a big fan of his When I saw their cool gameplay, you too will be stunned by their cool gameplay skills. How did you like our post, please tell us as well as if you have a chance to read my post Solo Rush brother, I want to thank you. 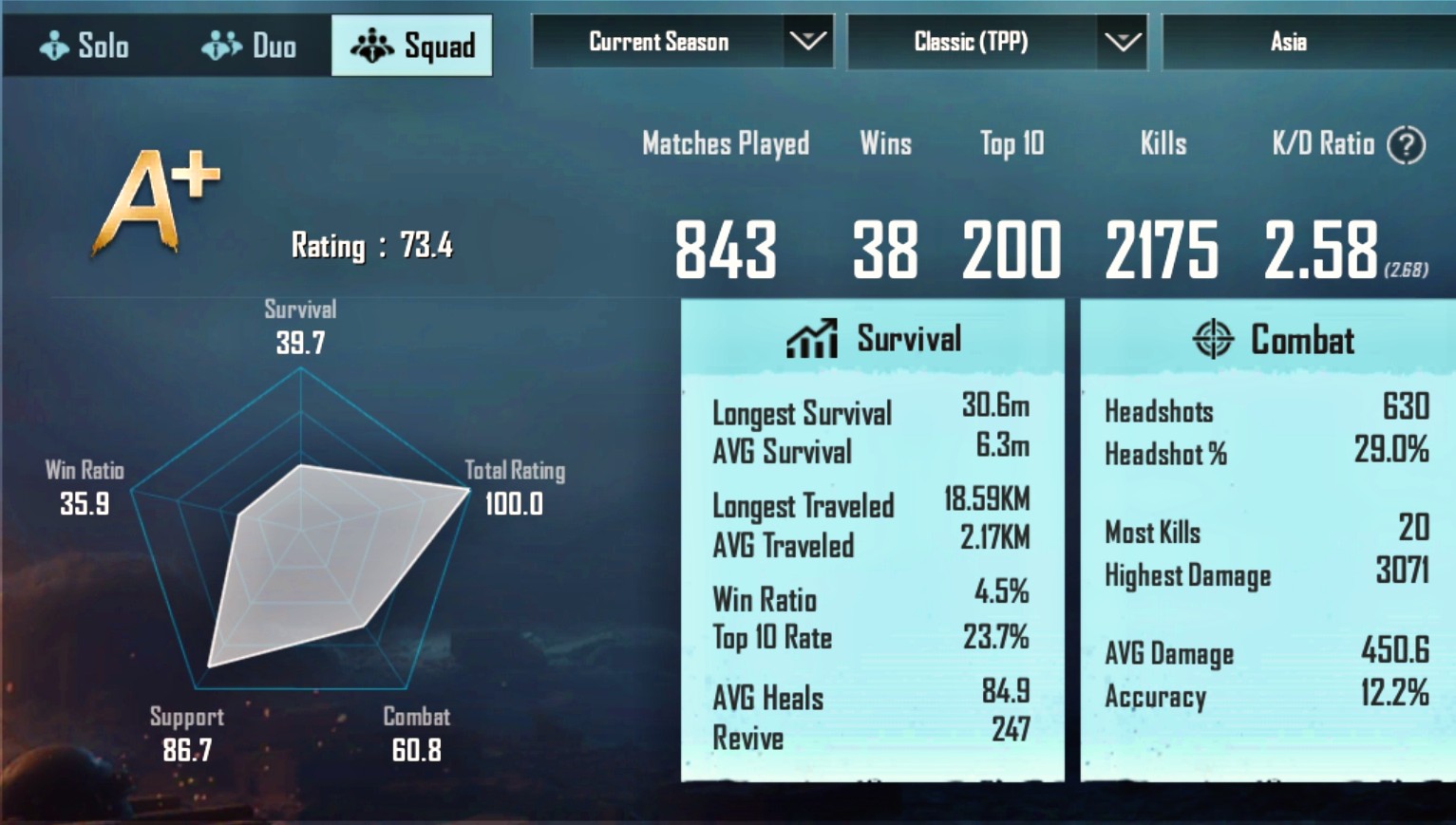 One of the Best and Famous Video of Solo Rush

Here, you can see one of the best and Famous videos of Solo Rush. In this Video, His Reflexes are So Awesome. In this Video, 1.5+ Million Views and 100K+ Likes on YouTube.
Get more Updates on PUBG-NEWS.IN
Facebook
Twitter
Pinterest
More
Less
Tumblr
Mix
E-Mail
GMail
LinkedIn
Reddit
XING
WhatsApp
Hacker News
VK
Telegram
Line
Prev Next Home